Star SASI athlete Claire Arthur has a busy schedule ahead of her, representing Australia at the FIG Trampoline Gymnastics World Cups in Azerbaijan and Italy in the coming months 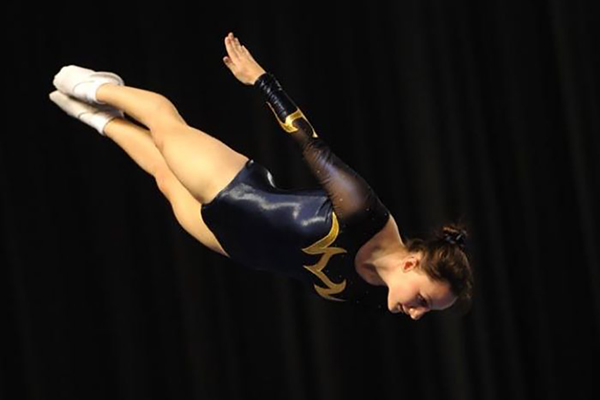 CLAIRE Arthur is primed to give her all again as a member of Australia's small, but select team of athletes competing at the FIG Trampoline World Cups in Baku, Azerbaijan, and Brescia, Italy.

Arthur's first cup is a two-day event on February 15 and 16, while she heads to Italy for the second cup on April 24 and 25.

Four women and two men make up the Australian team with Arthur (T-Jets) the only South Australian Sports Institute scholar. Trying to get Australia a qualifying place in her category for the Tokyo Olympics is the carrot dangling for all the athletes.

Arthur is ready to step up to tough competition.

"I trust in my coaches and my preparation to peak at the world cups," Arthur said.

"My goals are to place top 12 at both (cups) and make finals (top eight) in at least one cup.

"This will give me a high amount of Olympic qualifying points which I need.

''There is an Ocenaia competition in New Zealand just before the last world cup.

"After the two world cups we will see whether the Australian females have an Olympic position.

"The national championships in late May will help determine who goes.

"The Olympics will be in July, August, so I will be training hard the whole way through.''