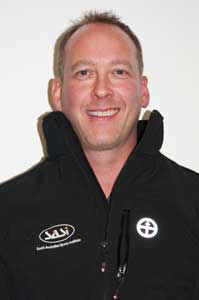 Mike has a varied background in 25 years of coaching diving. The SASI coach since 2009, Mike has rebuilt the program into a national force, producing international divers.  SASI divers competed in FINA Grand Prix, World Cup, Commonwealth Games and World Junior Championships in 2014, bringing home six medals from those competitions.

Mike has a firm, but good-natured approach to coaching athletes.  Mike gets the most from his athletes by earning their trust; "If the athlete really desires to achieve something in diving, I'm there to help them get it. My job is to create the environment where they can succeed."

Mike has had success at SASI, The University of Minnesota and with Texas Aquatics in Austin Texas. He traded a 9-5 job for coaching again to fulfil his aspiration to coach athletes to Olympic success.

"I've had a few program graduates dive in the Olympics for the USA and for Australia. I'd like the chance to finish what I started and the set-up at SASI is great for that."