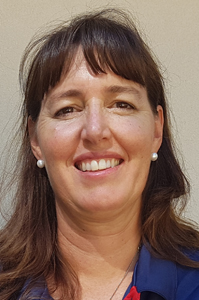 Recently, Borlase has worked at the Australian Institute of Sport Centre of Excellence in Canberra, coaching netballers in the Tall Athlete Program. She has been a member of the Adelaide Thunderbirds coaching panel as a Specialist Coach in 2016 and 2017.

Jenny has a passion for developing young athletes in a high performance environment. She is looking forward to working with South Australia’s promising young athletes with the aim of providing them with the tools and technical and tactical skills to become future Diamonds players.

Borlase enjoyed an outstanding career as a player. She played 70 Tests for Australia and was a member of World Champion Australian teams in 1991, 1995 and 1999.
She also played in Australia's 1998 Commonwealth Games gold medal team.

The netball program aims to develop talented South Australian netballers that have been identified for the national pathway. This is achieved through world class coaching and support services and accessing our training facilities at Kidman Park.