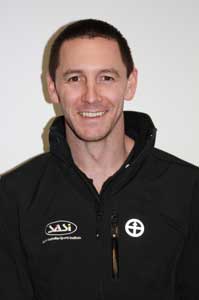 Christian started coaching learn to dive at 16 years old and his coaching career took off when he moved to England and coached many junior divers who went on to become international successes including Chris Mears, Jack Laugher, Oliver Dingley and the Red Bull World Cliff Diving champion Gary Hunt.

Christian moved back to Australia because he forgot what sunshine was and took on a head coach role for 4 years at Ringwood Diving Club leading the club to win many national medals as well as the DA Club Achievement Award for 3 years in a row.

In 2011 - 2013 Christian was the AIS Scholarship Coach working mostly with VIS, QAS and WAIS. In 2014 he coached 3 SASI divers to junior international competitions, 2 divers winning Australian Elite Junior Diver of the Year awards and awarded the Diving Australia Junior Elite Coach of the Year.