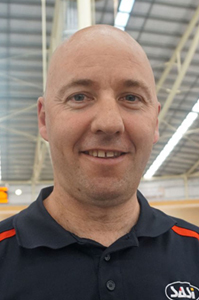 Brett Aitken is an Australian Olympic track cyclist. He has won three Olympic medals, including gold in the Madison event at the 2000 Olympics. He retired from cycling in 2004, but returned in 2006 to ride on the Oceania Tour. On 16 January 2001, he was awarded the Australian Sports Medal for his gold medal winning achievement.

Aitken was born in Adelaide and was affiliated with the Adelaide Cycling Club. He was also an Australian Institute of Sport scholarship holder.